N.Y. wage and hour laws protect workers' rights and allow for recovery of up to 6 years of back overtime pay 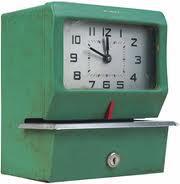 A class of workers employed by a Manhattan pizza franchise brought a lawsuit that accused their employer of numerous violations of New York labor laws, including both minimum wage and overtime pay violations. The employer has now agreed to resolve the lawsuit by paying the participating workers $1.28 million, with individual workers receiving up to $61,000. The individual recovery amounts do, of course, vary and were calculated based on the amount of time each worker was employed.

Among other alleged wage violations, the lawsuit claimed that the employer failed to provide required lunch breaks and failed to keep accurate time records - resulting in workers being paid for fewer hours than they actually worked. Due to this record keeping violation, the workers claimed that the employer could not take advantage of the $5.65 tip wage permitted under New York's wage laws, and should have been required to pay them the N.Y. minimum wage of $7.25 per hour ($8.00 per hour, effective January 2014).

The state of New York has numerous wage and hour regulations that are significantly more stringent, and beneficial to workers, than those provided under the FLSA. For an overview of the minimum wage and overtime pay laws that apply to workers in the state of New York see www.overtime-flsa.com/newyork-overtime-laws

As this case illustrates, the amounts of unpaid overtime pay due workers can be substantial - making it well worthwhile for employees who feel they are being cheated out of pay to take steps to insure they have been paid properly.